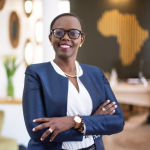 Dr. Corine Karema is a Medical Doctor with a Master’s degree in Sciences in Epidemiology from the University of Rwanda. She is a global health leader and recognised malaria expert.

Dr. Karema took office as the interim CEO of the RBM Partnership to End Malaria in April 2022.

Dr. Karema has most recently served as Special Advisor to the Board Chair of The Global Fund, a partnership designed to accelerate the end of AIDS, tuberculosis, and malaria as epidemics. Previously, she was the Malaria Senior Programme Officer at the African Leaders Malaria Alliance (ALMA) and led the malaria experts’ group of the technical Panel review of the Global Fund.

Dr. Karema served as an independent consultant for many years, where she provided technical assistance to National Malaria Control and Elimination Programs in Africa.

Before that, Dr. Karema was Director of the Rwanda National Malaria Control Programme (NMCP) for ten years, following five years as Head of the Malaria & Other Parasitic Diseases (Neglected Tropical Diseases) Division. During her time at the NMCP, she led the development of malaria control strategies, policies, and research, which has guided the implementation of evidence-based malaria control interventions resulting in increased coverage of key interventions and reductions in malaria morbidity and mortality in Rwanda.

She has served as a member and leader of different malaria technical, scientific advisory, and steering committees of many international institutions such as WHO, RBM, MMV, ASTMH, etc.

Dr. Karema has published and co-authored many scientific journals on malaria as a researcher. 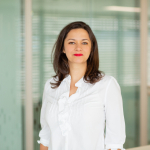 Lilya Boaron is the Assistant to the CEO/Board Affairs. With extensive experience in the office/event management, Board Affairs and HR administration across transport, pharmaceutical and legal industries, Lilya has a proven record of supporting high-level figures in the management of leading international organisations.

From 2011-2017, Lilya served as Executive Assistant to the Secretary General (Cheffe de Cabinet) at the International Road Transport Union headquartered in Geneva, prior to which she was based in the United Kingdom. 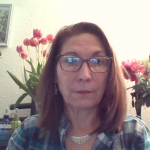 Dr Sara Gonzalez Andino holds an interdisciplinary PhD in data science simultaneously granted in 2001 by the Faculties of Medicine and Science of the University of Geneva. She received the M.Sc. degree in Theoretical Physics (with honors) from the University of Havana in 1985.  She has wide-ranging experience in science, and innovation, higher education, as well as project cycle management including proposal development, budgeting and reporting, monitoring and evaluation.

Sara started her professional career in 1985 at the Cuban National Center for Scientific Research as Senior scientist. She later on joined the Human Brain Mapping Lab of the University of Geneva where she served as Senior Scientist for 2 years. Sara then became the Head of the Research Group at the Faculté de Médecine de l’Université de Genève (Geneva University School of Medicine), where she taught statistics, signal and image processing courses within the Lemanic Neuroscience Doctoral School. Moreover, Sara led research on neuroscience and successfully implemented a low cost Brain Computer Interface System awarded with the First Innovation Prize from the Geneva University Hospital. Sara was responsible for several innovative approaches to the statistical analysis of data and their modeling during her tenure. From 2013 – 2015, she worked at the Ecole Polytechnique Fédérale de Lausanne as Sr. Scientist focusing on statistical analysis of different modalities of neural data.  After 30 years in research, she joined the StopTB Partnership in 2016 as their Data Manager. Moving constantly between analytical work and team or project management, she is passionate about making a direct impact in Health using novel technologies and trends in data science. 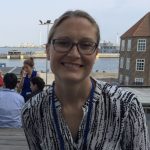 Ms Cecilia Westlund Smith With over 8 years of experience working with UNOPS in project and operations management, Cecilia most recently worked as Portfolio Manager with the UNOPS Geneva Office supporting, amongst other entities, the RBM Partnership to End Malaria.  Prior to that, she was responsible for a portfolio of mine action projects in countries including Mali, CAR, and Palestine as an Associate Portfolio Manager with the Peace and Security Cluster in New York,

In addition to her UNOPS experience, Cecilia has worked with local and international NGOs in Somalia and Palestine in roles focused on programme development, coordination and resource mobilization.  She started her career working with asylum seeking children in her hometown of Växjö, Sweden, and has a Masters Degree in International Migration and Human Rights. 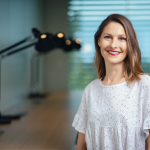 Laura-Davina Kuen joined the RBM Partnership to End Malaria in April 2019. Laura started her professional development sector career in Latin America and later moved to Brussels to work for the United Nations. Throughout her career, Laura worked on various exciting European Union projects such as election observation missions, building partnerships with EU institutions and linking EU and UNOPS offices worldwide for collaboration and implementation of projects. Laura studied in Brussels and Vienna and holds a Master’s degree in Political Science and International Relations. In 2015, she also obtained a Postgraduate degree in Communication and Human Resource Management. Laura speaks English, French and Spanish. 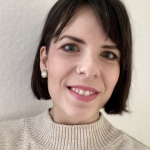 Ms Roxana Hordila joined the RBM Partnership to End Malaria in January 2022 as Operations Senior Officer, after almost 5 years of supporting the secretariat in a similar role under the UNOPS Geneva Portfolio Management Team. Roxana was a witness to the Partnership's transition under UNOPS and her support covers all operational and project management areas that facilitate the implementation of the Partnership's programmatic agenda. Her UNOPS career started in 2015 in Copenhagen, supporting in communication and knowledge management, and later on as a Procurement Assistant for the UN WebBuy team, before joining the Geneva Regional Office.

Roxana holds a Master of Social Science (MSc) in Development and International Relations and speaks Romanian, English, and French. 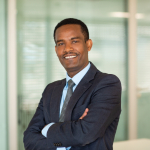 Dr Daddi Jima Wayessa is a Country/Regional Support Partners Committee Manager at the RBM Partnership, bringing with him over 19 years of experience in public sector in Ethiopia. From 2009-2017, he was Deputy Director General of Ethiopian Public Health Institute leading the Center for Public Health Emergency Management.

He led and coordinated efforts to ensure that the country was prepared to respond to outbreaks of diseases including malaria, and held senior roles in the Ministry of Health’s national malaria programme for more than 10 years. He also chaired the board of an anti-mosquito chemical producing plant in Ethiopia. A medical doctor by training, Dr Wayessa earned his Master of Public Health degree from the National University of Ireland, and has authored more than 30 peer-reviewed publications. 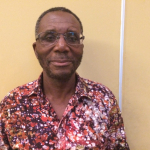 Dr Kaka Mudambo is a Malariologist and Public Health Specialist with over 30 years experience in epidemiology, disease control, EPR, disaster management and Military Deployment Medicine. He is employed as the Sub Regional Network Coordinator for East and Southern Africa of the RBM Partnership to End Malaria for East and Southern Africa and currently, also supporting coordination of Central and West African countries. In his early carrier, he fought for the liberation of Zimbabwe and after Independence remained in the Zimbabwe Military Health Services as the Director of Public Health and Research at the Defence HQ. The General was in 2003, appointed as the Regional Coordinator of the SADC 16 Member States Military Health Services (MHS) of which he was a founder member and responsible for all Military Health programs including malaria. He has over 30 years experience in malaria/disease control/elimination/Military Health and Military deployment/operational medicine, coordinating disaster management and arranging Access to Health Care in conflict Zones, humanitarian support among refugees and displaced communities (IDPs) – UN/AU/SADC Pease Support Operation. The General also lectured at the School of Health Sciences/Medicine, University of Zimbabwe and Bulawayo School of Medicine and has linkages with the University of Pretoria in South Africa as an external examiner and also co-supervising MSc and PhD students.  He has 30 published full papers and over 45 published abstracts. The General is a founder member/Board Member/Chair of the Oversight Committee and Situation Room of the SADC Elimination Eight (E8). Dr Mudambo is a founder member of the E8, member of the E8 Technical Committee and coordinated E8 from 2009 up to the time the E8 Coordinator took over 2015. General Mudambo was instrumental in the establishment of the TKMI, TZMI, ZAM-ZIM, MAZAMO-mi, MOZIZA/TLMI and MOSASWA TLMI cross-border initiatives. In 2003 and 2014, he was the Commander Racing Against Malaria and in 2009 Commander of the Zambezi River of Life Malaria Expedition. 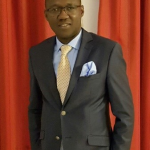 Philippe Edouard Batienon is the RBM Country/Regional Support Partners Committee Sub Regional Coordination Officer for West and Central Africa with over 10 years’ experience  in regional coordination,  convening  and facilitation of support to Malaria endemic countries in West and Central Africa. His current duties as a member of the RBM-Country Regional Support Partners Committee (CRSPC) include: coordinating Technical Assistance, convening managers and partners meetings, and in collaboration with WHO provide support for MPRs, MTR and MSP reviews. He also comes with experience in reporting and documentation of malaria related interventions success, challenges and best practices. Philippe has worked for six years as a  consultant for many organizations including:  Medicines for Malaria Venture (MMV), UNICEF WCARO, WHO TDR and African Leaders Malaria Alliance (ALMA). He holds a master’s degree in management from the University Cheikh Anta Diop of Dakar (UCAD), a Project Management certificate from Illinois States University and is currently completing a Master of Public Health, with the University of Cheikh Anta Diop of Dakar School of Public Health. Philippe enjoys history, tennis, music and reading.

Daniso Mbewe is the RBM Country/Regional Support Partners Committee Sub Regional Coordination Officer for East and Southern Africa with over 25 years experience in systems analysis and development, knowledge and information management, coordination and facilitation of support to malaria endemic countries in East and Southern Africa including public sector in Malawi, Southern African Development Community (SADC) and RBM and multisectoral partnerships coordination. He also has experience in supporting SADC Military Health Services Malaria Program, a constituency of the RBM - Southern African Regional Network (SARN). Daniso holds a Master of Science in Business Systems Analysis and Design from the City University, London, U.K. and certificates in Knowledge Management and Effective Management from South Africa and Malawi respectively.

Rayana is the CRSPC Senior Officer at the RBM Partnership to end Malaria. Rayana has previously worked in the private sector with a specific focus on manufacturing where she also contributed to promote local development within The Gambia. She has experience liaising with governments, NGOs, local businesses and Ministries to achieve sustainable development.  Rayana has also worked with the public sector ranging from her project with UNICEF on assessing  the country risk of UNICEF's operations in The Gambia to providing support to portfolios at UNOPS based in Geneva. In academia, Rayana has extensive knowledge in the field of International Relations as well as that of Finance, Investment and Risk analysis.